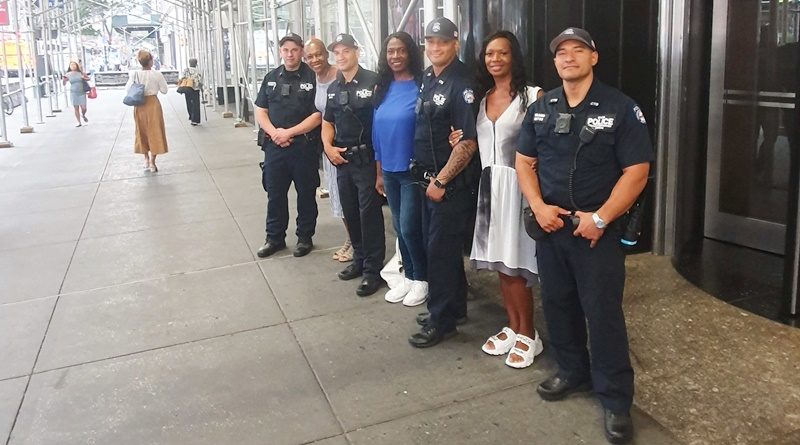 On the fourth day of our New York trip that we didn’t think could get any better, we had the most amazing day so far at the two most iconic attractions: The Empire State Building (ESB) and Statue of Liberty. Thanks to our Go City Explorer Pass that we bought for 10 attractions, we had exclusive early morning access to the Observatory Deck on the 86th floor at 7.30am, before it was opened to the public at 8.00am. In order to get there so early we were up at the crack of dawn and Jennifer took the lead by hailing a yellow taxi, making the task look easy.

Once there we were greeted with a group of New York’s finest…NYPD officers and I couldn’t resist the opportunity to praise them for their hard work in protecting the City and its citizens and visitors.  Like everyone else we have met who works in New York, the officers were warm, courteous, professional and congenial and made our day by posing for a photo (main pic).

We learnt that the film sets and displays that really help engage visitors with the history of ESB had only been completed and opened to the public from last Monday…so we were one of the first visitors to enjoy the experience.

We spent a good while in the Observatory Deck on the 86th floor, where we also met long-time employee Renita (right), who has worked at ESB for 20 years and whose video appears in the displays. Her name appears in many reviews on Facebook and Trip Advisor from visitors like my sisters and I, for whom her charm, humour and kindness really helped make the visit to ESB special. She helped with directions, took photos and cracked sister jokes and we hugged and thanked her when we were reluctantly leaving so we could keep to our planned schedule. But we didn’t leave before enjoying the most sumptuous breakfast in the basement of the building, as recommended by Renita. As with all of the meals we have so far enjoyed in New York, the food was delicious…looked and tasted as if it was prepared by a top chef…and all the staff who served us – around four in total were charming and attentive!

After breakfast we jumped into an Uber and headed for Battery Park to our pre-booked visit to the Statue of Liberty. It is worth mentioning here that we didn’t use our Explorer Pass for this attraction as although Go City includes a Statue of Liberty cruise, it is not the official one. The only way to gain access to the Statue and the island it is located on is to book directly through Statue Cruises where you can purchase a ticket for the Pedestal or Crown. We bought tickets for the pedestal as quite frankly the Crown ticket doesn’t provided access to the top of the statue, just another level, which is still at the lower end of the statue. you cannot buy them on the day. We were lucky to obtain tickets as the whole of August was already sold out…Even with pre-booked tickets for a specific time slot you have to queue, allow time for security screening and queue to board the ferry.

Once there, the audio tour provided in-depth historical information and facts about the Statue of Liberty. It was a great experience, only marred by the ridiculously long queue to board the ferry for the ride back to New York.

By the time we got back to Battery Park we were exhausted and it was too late to head to the Bronx to visit the Botanical Gardens so we stopped in Wall Street instead and enjoyed coffee and cake in a Greek Deli, before heading to 5th Avenue for a brief shopping trip before riding the subway back to Times Square and our hotel. 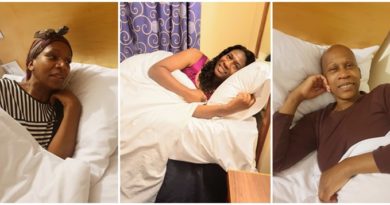 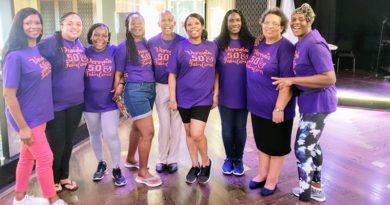 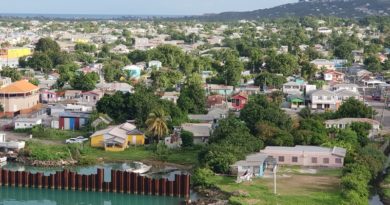