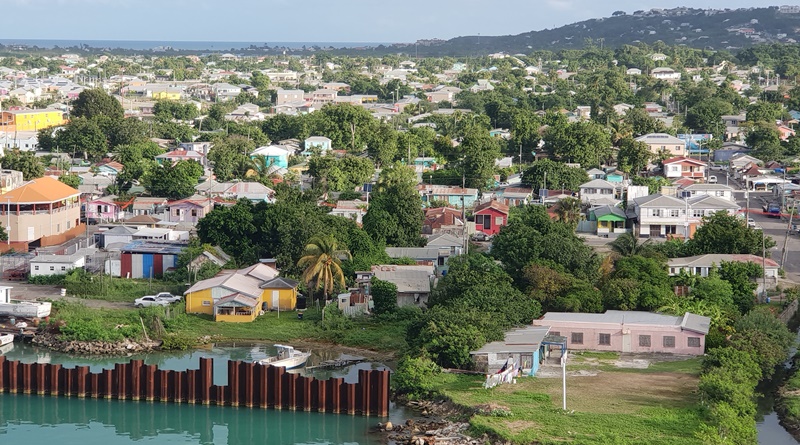 On Tuesday 20 November we awoke on the approach to Antigua to find a small ship sailing alongside us and two other cruise liners close behind. It was going to be a busy and lucrative day for the former British colony that gained independence in 1981.

As we made our way out of the port through a busy shopping mall, the three cruise ships literally dominated the landscape. As per usual, competition among tour operators was fierce. This time, it was Rosiepoos who started the negotiations and made the selection of our tour guide for the day – Linden Joseph (pictured below). With 11 out of our 12-member party present, we had the air-conditioned bus, complete with on-board Wi Fi and TV screen, all to ourselves. It proved to be the best tour ride yet. We asked for a ‘non-official’ tour from an ‘insider’ perspective, and that’s exactly what we got. Our first stop was the Premier Beverages Distillery close by, as a few of us were keen to sample and bring home some local rum, Linden had a bottle of his own home-brewed rum punch, which he advised was made with 5-year old English Harbour, which was his recommendation. Unfortunately, they only carried the small 30l and 50l bottles, but we bought a few for the journey anyway.

Our local stops included places off the beaten track, where Linden would jump out to buy food which we shared among us like bun and cheese, dumplings, pineapple and sour sap. But undoubtedly, the best stop was at a jerk centre next to Morris Bay (pictured below).

There the owners gladly invited me into the kitchen to watch them at work and choose what we wanted to take-away. Rosie and I settled for jerk chicken, rice and peas, potato salad and green salad, which we were supposed to bring to the beach. However, once we tried a taste of it, we couldn’t stop eating until it was finished!

By now we were on our way to the beach and Linden played a YouTube video of Taurus Riley and the Summer Jam Festival in April 2018 – which had everyone swaying, arm waving and enjoying the awesome performance.

Lorraine and Elvin (pictured below) – two of our party, had both chosen fish from the Jerk Centre so were last to board the bus for the beach trip, dancing and bumping their way back on board to cheers and applause from the rest of us. Once on the beach and settled onto our sun loungers, the heavens opened up with a heavy downpour, forcing us to take refuge under our parasols. However, several of our party were undeterred and ran into the sea anyway, spending a good time in there while Rosiepoos and I had a good rest and nap on the sun loungers, once the sun again shone brightly, with the temperature rising to around 30 degrees. Before we knew it, Linden was back to collect us and we were once again on the road, enjoying rum, reggae, amusing anecdotes and great company on our way back to the cruise ship. Later that night, the evening was perfectly rounded off with first-class entertainment from the excellent band Steele, who have been the highlight of the trip. This evening in customary fashion they had everyone one the dance floor – Another memorable day and night on our cruise. 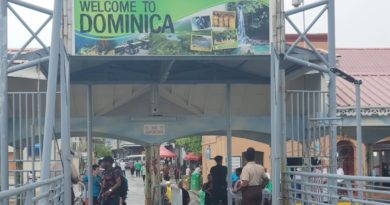 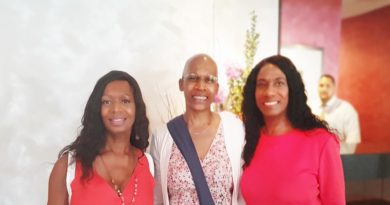 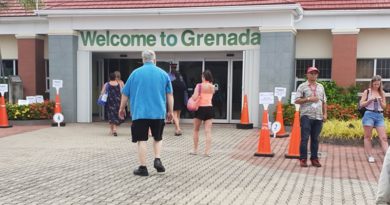